Posted on January 5, 2012 by Daniel Aston
Comments off

The almighty doom metal trio Pilgrim are set to release their debut album ‘Misery Wizard’ via Metal Blade Records later this month and I interviewed member Jon Rossi to find out more about their upcoming release and how they intend to resurrect the Doom Metal genre. The American group intend to revive the classic sound of doom whilst entwining it with their own intriguing personality that fuses imagery of sorcery, secret societies, aliens and tyrants of evil! A definite band to watch out for in 2012.

Daniel Aston: What can metal fans expect from your upcoming debut?

Jon Rossi: The reinvention of doom metal for a new generation of rock and metal fans.

DA: How did the band get together?

JR: Me and Krolg have been playing together since our freshman year of highschool. We bonded over the music we listened to. Over the years we had many bands and musical phases. After a while we stopped playing together because we had no musical direction, no influence. During this musical recess we discovered bands like Sleep and Acid King and Electric Wizard. We were really inspired by these bands. Eventually, as we delved deeper into music, I stumbled upon Reverend Bizarre’s very first 4 song release. It changed my life. It was then we decided we wanted to carry the doom metal torch.

DA: How would you describe the sound of your music?

DA: You want to bring true doom metal back to the masses, do you think that modern bands have misshaped the classic genre?

JR: Absolutely. Naming your band after an Electric Wizard song and ripping off Sleep riffs is not doom metal. Wearing funeral suits and crying about how sad you are is not doom metal either. Grow up and write some real music! Be yourselves, not someone else!

DA: What inspires you to write lyrics?

JR: Swords and sorcery, demonology, secret societies, aliens, our fucked up country and planet, and defeating the tyrants of evil.

DA: What is the song writing process like within Pilgrim?

JR: It takes us a very long time to write songs. We’ll only use a riff if it’s very unique and original, and sometimes it can take months to produce something like that. I’ll present the riffs to the guys and they’ll write their parts to it at practice. Our song structures are simple and blocked together in a classic ‘song’ style, we like ‘verse chorus verse’ style songs. I feel like most bands are trying to move away from that. Blasphemy!

DA: Is there a particular song off the upcoming album that you’re all particularly proud of?

JR: I like Adventurer a lot. I came up with the riff when I was about 16 or 17 while I was walking through a field with my guitar. It makes me happy that this old song finally got recorded and it came out amazing. Also, it’s very much like a theme song for us. It’s a short story about the band.

DA: Who are your main influences as a band?

JR: Reverend Bizarre is huge to us. They are my personal favorite band. Pentagram, Earth, Acid King, Saint Vitus, the Melvins, Electric Wizard, Sleep, anything dark, huge and heavy.

DA: The artwork for your upcoming album Misery Wizard is rather unique, what’s the story behind that?

JR: It’s a beautiful piece done by Paul McCarol of Unhinged Art. We wanted a renaissance style painting of the Misery Wizard for the cover and he did it. Different elements of the cover mimic the content of the songs on the record.

DA: Are there plans to tour after the album is released?

JR: Yes, we have a short east-coast US tour in the beginning of March with Windhand and NATUR, and later that year we’ll be playing the Heavy Days in Doom Town Festival in Copenhagen, Denmark

DA: How did your individual stage names come about?

JR: They are our Dungeons and Dragons character names. 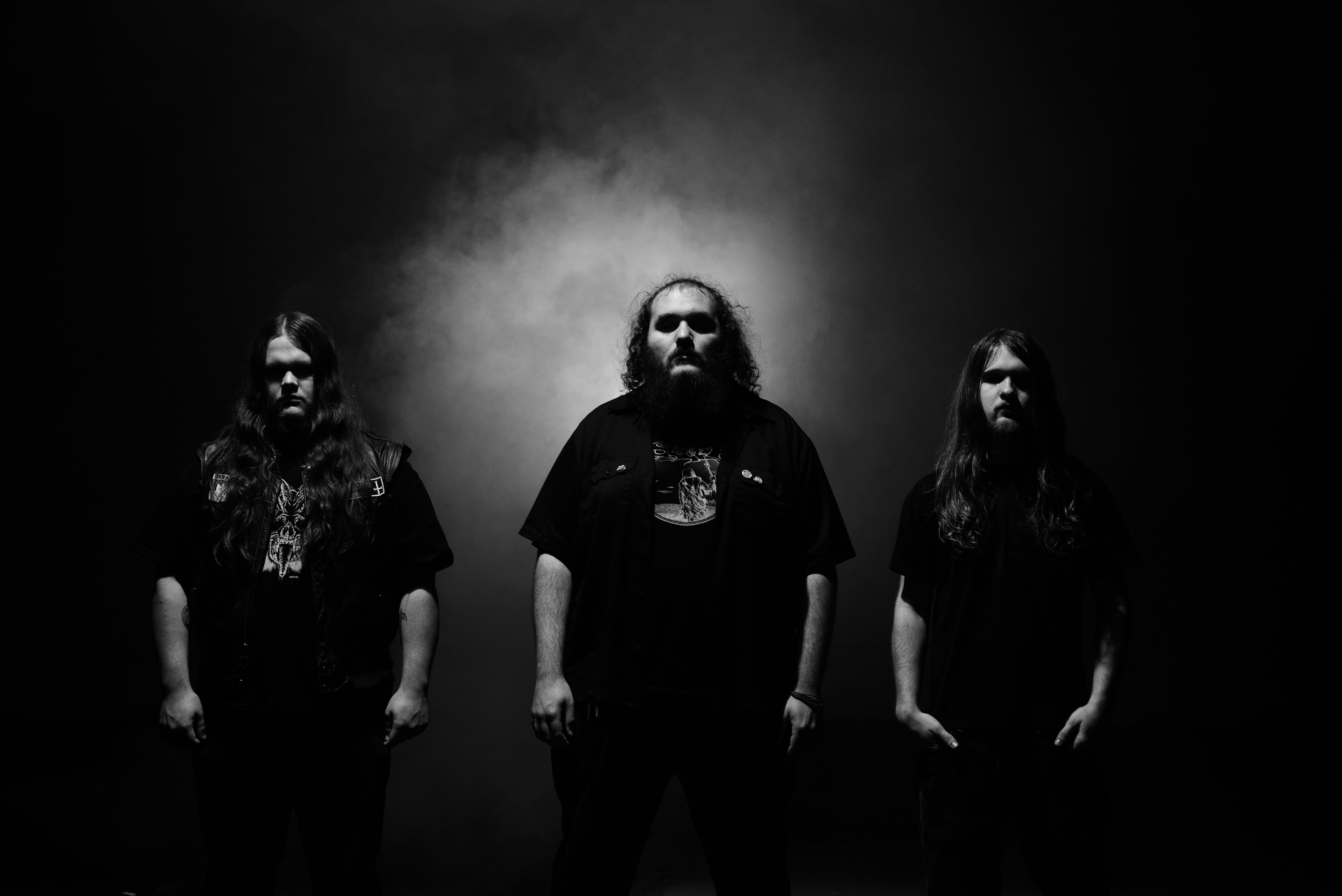