Posted on August 29, 2011 by Daniel Aston
Comments off

All the way from California, acclaimed jazz-prog-metal act Animals as Leaders ventured down to Truro for a free-entry performance at Bunters. The fans could hardly believe their luck, and perhaps the band could hardly believe how their booking agent had allowed it to happen. Tosin Abasi and co have been embarking on a heavy touring schedule that has seen them play virtually every day for the past few months. Fears that the trio may be suffering from fatigue were put to rest as the band effortlessly ploughed through a set demonstrating high-calibre musicianship.

In today’s musical climate it is harder than ever for a band to get the spotlight and accumulate the following it needs in a landscape that is cluttered with music piracy and immeasurable competition. Kudos then to Animals as Leaders, their ambitious world tour on the back of their debut album has shown their passion and dedication in getting their music heard across the world.

Support came from two local bands. Convex opened up the night with a set of grunge rock. Sounding like a modern Nirvana, the band managed to deliver a decent set yet bizarrely managed to not acknowledge the audience once. The Bad Channels’ then swiftly succeeded in rallying the audience with an excellent set of high-energy stoner rock. During this time, Abasi was perched by the merch stall. Seemingly warming up by playing through the night’s set alone, a small audience had gathered around him simply to watch his virtuosity up close.

When the headline act took to the stage the room became full to the brim and the venue erupted in a roar of cheers. Animals as Leaders played for just over an hour, displaying excellent performances of fan-favourites such as Wave of Babies, Tempting Time, and CAFO. The band were somewhat taken aback by the high positive reception and shouts for an encore left Abasi in a state of bewilderment, resorting to apologetically packing away his gear. An impressive set nevertheless and a promise to return in the future left all those who witnessed the magic hungry for more. 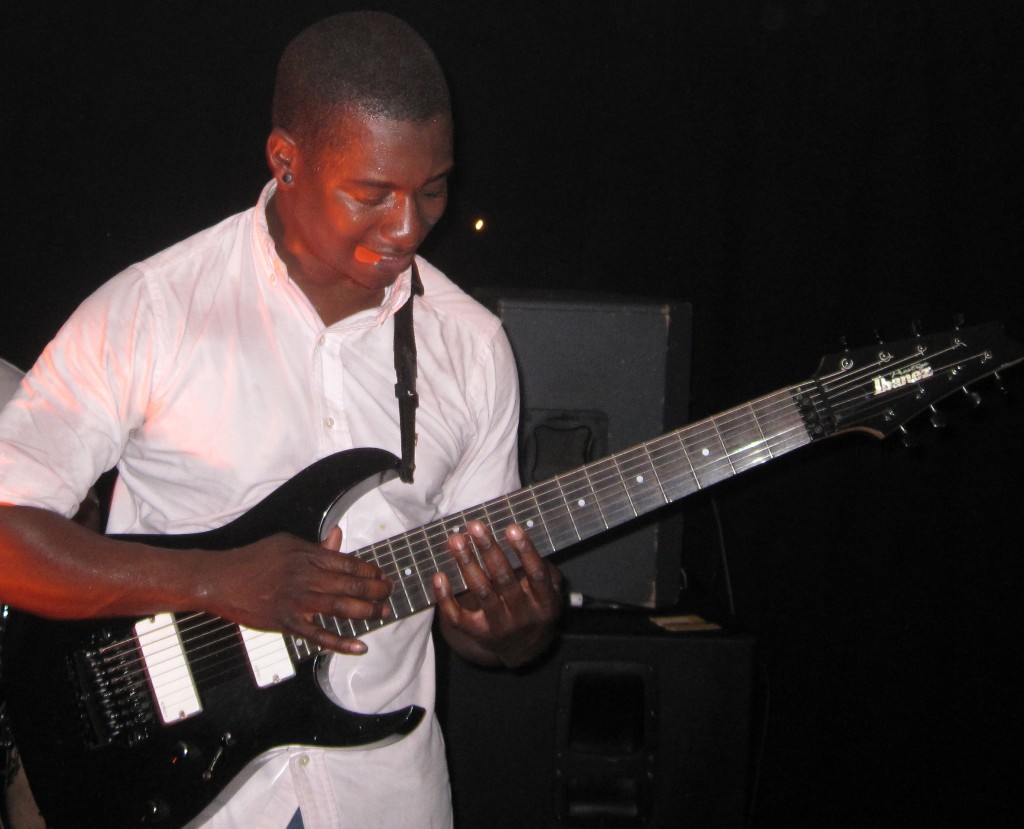