Posted on August 11, 2011 by Daniel Aston
Comments off 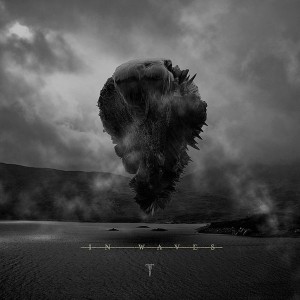 Track Listing: 1) Capsizing the Sea 2) In Waves 3) Inception of the End 4) Dusk Dismantled 5) Watch the World Burn 6) Black 7) A Skyline’s Severance 8) Built to Fall 9) Caustic Are the Ties That Bind 10) Forsake Not the Dream 11) Chaos Reigns 12) Of All These Yesteryears 13) Leaving This World Behind

Trivium return to the formula used on 2005s Ascendency with their new record, developing their old thrash sensibilities whilst continuing the melodic exploration where Shogun left off.  In Waves is another bold attempt to create a concoction of brutal metalcore with catchy vocal hooks that will need to refresh their reputation and prove their worth as a credible force in the face of a new decade of music.

The title track executes this premise to perfection. A solid opener that highlights Matt Heafy’s now convincing vocal style, his combination of harsh growls and strong clean vocals have a powerful delivery that shines amongst a unified high level of musicianship. Inception of the End is another well-structured track with memorable melodies. New drummer, Nick Augusto, adds his element to the mix with an energetic show of rhythmic adjustments that work both for and against the music. Whilst his tempo shifting is well placed and needed, the trigger-happy blast beats and double-kick spamming stands at times out of place, particularly when competing with Heafy’s melodic vocal hooks.

The album continues to impress with highlights such as Black, Built to Fall and the particularly well-crafted Caustic Are the Ties That Bind Us. Hard hitting sections are moulded perfectly with clean passages, producing interesting arrangements decorated with memorable riffs and high-calibre guitar solos. A Skyline’s Severance however is a victim of the flat modern metal sound. With little in the way of dynamic range the track relies purely on musical quality and delivery that unfortunately isn’t up to scratch. This proves to be a significant dash of mediocrity that crops up again in the second half with Chaos Reigns proving itself to be one-dimensional and undefined. That said, two tracks out of thirteen hardly bring a black cloud over what is wholly a consistent album.

Of All These Yesteryears is a satisfying album closer that grows from ballad to metal anthem in fine style with alternating time signatures of sixes and eights crafting an interesting sonic landscape. It flows directly into Leaving This World Behind, a short instrumental slither of sound and that, as with Capsizing the Sea, only contributes to the song next to it.

In Waves is a success that manages to deliver fifty minutes of heavy yet accessible metal that will both satisfy fans and gain new followers. Trivium have put a lot of effort into proving to critics that they’re more than a predictable Metallica clone and In Waves is a testament to this.