Album Review: Until Fear No Longer Defines Us – Ghost Brigade

Posted on August 20, 2011 by Daniel Aston
Comments off 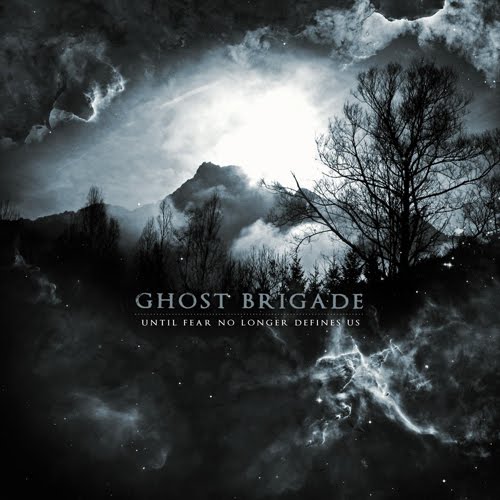 Album: Until Fear No Longer Defines Us

If you like your metal dark, brutal and twined together with delicate acoustic passages and imaginative song structures, then Ghost Brigade’s third offering should be part of your record collection. The Finnish quintet has struck gold with this release. Until Fear No Longer Defines Us is every bit as good as their previous albums, and then some. The band has shown great promise with their open-minded approach to song writing and their diversity is in full swing here, combining elements of progressive rock, death metal and sludge metal into a magical concoction.

The album opens strongly with In the Woods and Clawmaster. The former is a beautiful stripped-down acoustic number that displays vocalist Manne Ikonen’s powerful emotive delivery. A soothing albeit bleak opener drifts away before the album explodes with Clawmaster that sees Ghost Brigade hit the death metal switch and unleash a wave of intense riffs. The storm isn’t allowed to rage on uncontrollably and is instead divided by mesmerizing soft passages. Ikonen’s talents at switching between growling death and clean vocals emphasises the light and shade of the song with each side of his technique being equally impressive. The inclusion of Aleksi Munter (Swallow the Sun, Insomnium) on keyboards adds great sonic depth to the music, particularly during the eerie gentle sections.

Finnish metal has a reputation for being a bit on the depressing side and Ghost Brigade are no exception. Chamber is as melancholy as it is beautiful. An excellent slow-tempo song packed full of emotion and haunting melodies, something Ghost Brigade’s music is full of. The band sound at times like a cross between Katatonia and Alice in Chains, Ikonen’s clean style being a nod towards that of Jerry Cantrell. The doomy chords have an element of grunge to them whilst maintaining prog sensibilities that at times sound akin to the likes of Opeth and Mastodon. The band admits to having a rich bank of influences and this is unsurprising with their music being so open. With such an extensive source of inspiration to draw from, Ghost Brigade still manage to create their own sound – something rare in today’s metal scene that shouldn’t go unnoticed.

The album develops from strength to strength with Traces of Liberty and Divine Act of Lunacy providing harder hitting numbers fuelled with energy and bite. Dull moments are few and far between on this album yet Grain is a momentary lapse in aggression and a temporary dent in quality, coming across a little predictable and long. Cult of Decay and Torn are finer numbers, presenting fresh musical ideas and more successful riffs.

The band’s progressive edge has produced epics such as Breakwater and Soulcarvers. The former being the band’s longest track to date, a mid-album mammoth that comes close to the nine-minute mark. Ending the record on a solemn not, Soulcarvers slows down proceedings for a moment of reflection through meandering guitar melodies and subtle touches of musical brilliance. A fantastic listen.

Ghost Brigade have produced an impressive piece of work here and have proved themselves to be a promising act for the future. This is an impressive show of song writing that scores highly on both musicianship and emotional delivery. Highly recommended.