Posted on January 18, 2012 by Daniel Aston
Comments off

Danish thrash-metallers The Kandidate ready the release of their highly anticipated second album Facing the Immanent Prospect of Death and it promises to be another dose of high octane heavy metal! The band have worked hard on developing their sound, incorporating a ‘more diverse and powerful’ approach from the new line up. I talked to guitarist Allen Tvedebrink about the band’s transition from their debut release, their musical influences that have helped define this album and his take on the current musical climate.

Daniel Aston: What can fans expect from your upcoming second album Facing the Imminent Prospect of Death?

Allen Tvedebrink: An energetic, sombre and intense album. Those familiar with our debut will hear that a few things have happened since then. Until We Are Outnumbered was a half hour furious kick in the balls, which really got this band fired up. On the new album you will experience a more diverse and powerful band and a dark malicious atmosphere.

DA: Did the writing process and creation of this new record differ from your debut?

AT: Yeah, but not much. KB and I still write the majority of the material. The really big difference is that NP and Jacob care more than the previous members of the bands, that they’ve replaced. They are actively involved in the arrangements and in that effort and in their playing/singing style, they have a great impact in how and what KB and I are writing.

DA: Where did you gather inspiration for the new material?

AT: Hmm… Inspiration. A hard thing to pinpoint to certain things or artists. We dig and love the same bands and of course we get a lot of inspiration from them, but I think that also everyday life and the stuff you think about and reflect on have a great impact on you as a human being and therefore also the creativity. As I kinda mentioned before, the qualities and talent of the band members has also been a major contributor as a creative unit.

DA: Is there a moment or song on the album that the band are particularly proud of?

AT: Well, that kinda changes day by day. But the overall thing that I’m most proud of on this recording is the correlation of the music, the sound and the lyrics, which for me have resulted in a very special atmosphere.

DA: Give Up All Hope from your debut record was released as the band’s first official music video, can we expect a follow up from the new album?

AT: We are actually working on that as we speak. We have been a bit back and forth with the guys producing it and as it seems right now, it will be something pretty special. But it’s all too early to say anything really, as we haven’t decided on the concept and that might change, and so might the song we picked…

DA: What is your opinion on today’s metal scene and how do you feel The Kandidate fits into that?

AT: I think the metal scene is strong. The diversity and availability have never been greater than now. That speaks to me as a proof of the great demand and amount of fans and followers. The industry may not be as good as it used to be in the term of profit, but to me that was never what music is all about, it’s about artists wanting to express themselves and the audience seeking that.
I love that there are so many talented bands out there. Of course there are a lot of really crappy bands if you ask me, but luckily we all have different preferences and with all the bands around it’s just exiting to go hunting for those special gems. I love that a lot of them has their own expression and that they are serious about their music and touring and playing live.
I believe that we have our own expression and sound and that we are doing our own thing adding to the diversity I’m talking about, and we have the quality to stand out as one of the stronger bands despite we are an underground act.

DA: When would you say was the ‘golden era’ of metal?

AT: I think that there are a lot of different golden eras of metal. As you can probably imagine, I’d like to believe we are in one right now. There were other eras that were golden for the record companies and the bands earning good money on what they do. The bigger bands still do that, but the golden aspect of present time is the availability of the art. Lots and lots of bands are touring and this is where the bands are earning their money nowadays, where you can just download or stream whatever you like. The golden thing about present time is that metal is more recognised be the society and that the fan base is growing and supporting the bands at concerts instead of spending their money on albums.

DA: Do you think new bands struggle in today’s music scene with the current state of the music industry?

AT: I don’t think that bands are struggling more today than earlier. It’s a different struggle but also with a lot of tools that we didn’t have 20 years ago. Modern technology and the especially the internet have made it possible for even the most crappy bands to produce and distribute their offer to the whole world. I guess you can say that bands competed and struggled to earn the favour of record companies where today we compete and struggle to earn the favour of the fans, which to me seem more right.

DA: What advice would you give to bands starting out?

AT: To believe in what you are doing and earn the respect of the fans and other musicians. Grow your network and your relations, and also – and maybe most important – be your own biggest critic! It takes effort and hard work to grow as an artist, but it also takes a great amount of self awareness to succeed. Be yourself and dare to make a difference.

DA: Who would you cite as the band’s main musical influences?

AT: We all listen to many different styles and artists, but of course we also share the same preferences in metal, which combines in our sound. For me, it’s everything from Foreigner over Dream Theater to Autopsy, but I guess that the common denominator for all of us is bands like Entombed, Disfear, Trap Them.

DA: Are there plans for a tour this year, if so where are you going to be playing?

AT: We are going to tour a bit in our home country Denmark, and we are going to China in April. We are working on summer festivals at the moment and we are hopefully going to tour Europe in the fall, and I believe it’s going to happen, but I have no clue where it will take us… Hopefully also UK! We had a blast when we went there with Rotten Sound last year.

DA: If you could only take three albums to a desert island, what would they be and why?

AT: Oh shit, that is a tough one… It would definitely be an Entombed album. If I had to choose, I guess it would be Morning Star, it’s gotta be my favourite all round album by them. I listen to Entombed every week, and I’d hate to live without them. Another classic of mine – and maybe my favourite album that I just keep coming back to – is Slaughter of the Soul by At The Gates. I’ll never get tired of hearing that. It’s got the perfect mix of melody and aggression and fucking brilliant song writing. Last one would be an old hard rock classic of AC/DC, Thin Lizzy or Black Sabbath. Hmm, today I’d probably go with Back in Black. 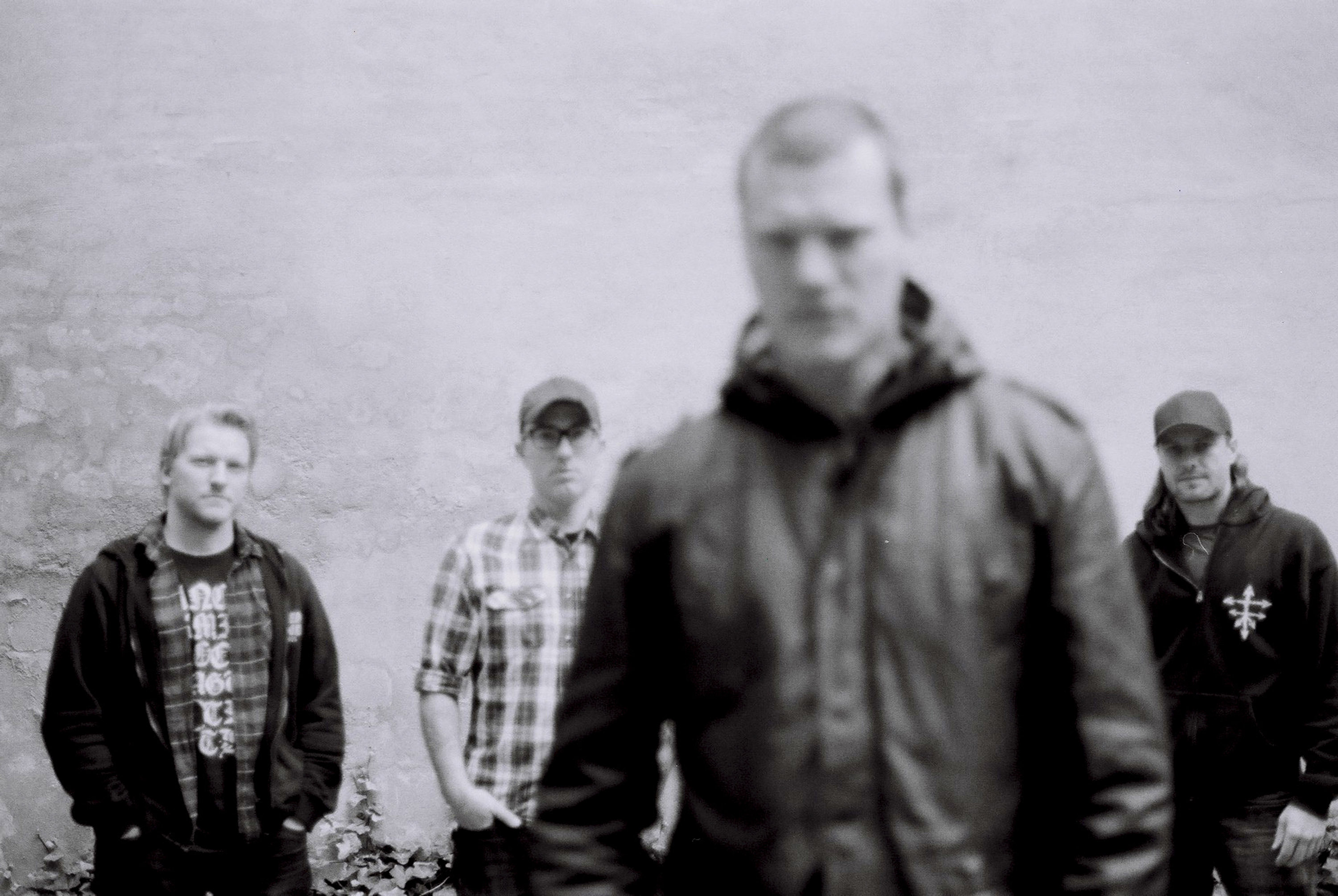