Posted on March 7, 2014 by Daniel Aston
Comments off

I actually really wanted to hate this album before if came out last year. I’ve never been a fan of the band or anything from the modern indie/pop-punk genres and having been raised on ‘proper’ music from the 60s, 70s and 80s, I saw Arctic Monkeys as being a bit of a joke. Despite my efforts I was sold on this before its release after hearing the first 3 singles ‘R U Mine’, the monstrously anthemic ‘Do I Wanna Know’ and ‘Why’d You Only Call Me When You’re High?’.
I wasn’t expecting the retro rock/soul sound and production and found the guitar tones and vocals both fascinating and satisfying. The band have completely reinvented their sound and image, something that has been evolving steadily over their past two albums ‘Humbug’ and ‘Suck It And See’. From the blistering rock assaults of ‘R U Mine?’ and ‘Arabella’; the infectious rhythmic grooves of ‘Fireside’ and ‘Knee Socks’; the beauty of ballads ‘No.1 Party Anthem’ and ‘I Wanna Be Yours’ and the downright catchy ‘Snap Out Of It’, AM proves to be a very diverse bag of tunes.

Something has to be said for Alex Turner’s talent as a lyricist too. This album, although perhaps more so on earlier albums, contains some excellent lyric writing. Really poetic and clever stuff that is worth checking out. The last song on this album, ‘I Wanna Be Yours’ is essentially the John Cooper Clarke poem of the same name re-worked into a song. A successful rendition.

Anyway, this album is worth a spin and might take you by surprise. I spent a lot of time last summer gathered around with friends just listening to this, discussing each track and truly appreciating the album as a whole. Hopefully bands such as Arctic Monkeys can keep the art of the album alive for future generations.

There was also a great deal of clever marketing with this record, both with its artwork, the band’s image and the music videos that gave it a unique identity. Perhaps similar to the unmistakable pulses and prisms of Pink Floyd’s The Dark Side of the Moon? Admittedly, the pulsating radio waves of AM that wrap around the record’s gatefold sleeve are probably lifted from Dark Side, and the band’s logo is equally lifted from Black Sabbath’s Master of Reality sleeve. However, Arctic Monkeys don’t deny their influences. ‘Arabella’ does contain essences of ‘War Pigs’ and the band have been performing a fusion of the two songs on their current tour.

I used to sneer at Arctic Monkeys and their growing popularity, sitting smugly with my vintage record collection and dismissing them as being some fad that would eventually die off. Now here I am with all their albums in my collection and a ticket to go and see them perform later this year! Ultimately a fan of band that are, in my generation, riding the success and popularity that the classic bands in my collection rode in their own time. I suppose there’s a bit of irony there somewhere. 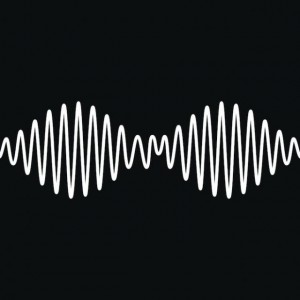