Posted on February 26, 2012 by Daniel Aston
Comments off

Swedish extreme metal band RAM return to the spotlight with their third full length album, Death, this year and it has already been met with much critical acclaim. The band creates a high-octane blend of heavy metal whilst still being conscious of their classic roots, something vocalist Oscar Carlquist passionately believes should remain in today’s metal scene. I interview the frontman to uncover more on the background of the new record and where they aim to take their music.

Daniel Aston: Are you pleased with the reception that the new album ‘Death’ has received so far?

Oscar Carlquist: Yeah sure, you prefer good reviews over bad of course, the fans seem to like the new stuff very much as well. So it’s all good, but I try to keep my head cool, I don’t want to have a ghost in my head when it’s time to make a new album.

DA: How did the creation of this album differ from previous releases?

OC: We had more fun making it, we put ourselves in a more relaxed state, and we worked the songs out really fast so suddenly we had songs for an album without really trying to write one. We wrote a lot of the material for Death in our rehearsal space mainly we will work in a quieter environment have a cup of coffee but this one was written with the adrenaline pumping.

DA: What inspired the lyrical content of this album?

OC: Mainly the weakness of western man from a philosophical point of view, we have eradicated the threat of death in our environment and prolonged life to the extent that western man is acting as if death does not exist at all, this hypocrisy taints everything she does and through generations it has created a black hole, a philosophical void, the opens up for more lies and corruption.

DA: The artwork for the new record is very striking, what’s the story behind that?

OC: Well it is a modern take on the apocalypse, as I see it when the world does end even the laws of physics will be dissolved , this was what I was aiming to depict.

DA: For those out there who aren’t familiar with your music is there a particular track on the new release that stands out from the rest that they should check out?

OC: The album should be experienced in its full glory, it is a quite diverse and schizoid piece of work, one track is there to be in contrast to the other so I really do believe that it should be heard from first track till last.

DA:  What are the plans for touring this year?

OC: They are in the planning stages, too early to say anything yet.

DA: Who would you cite as RAM’s main musical influences?

DA: How do you think the current metal scene compares with previous generations?

OC: It has its strength and weaknesses, for a band like us who are very influenced with the Old-School stuff it’s really nice to have a perspective and overall vision of what was really going on back then, we can go back and concentrate on what we feel was the strongest aspects of our influences. But a big problem with today’s scene is the aspect of decay, metal has been around for a really long time now and decay is creeping in, bands and fans have to be aware of and defend the original fundaments that metal stand upon, to curate the virus of mainstream contamination in how music is written and images are being handled. Metal has to stay subversive or it will die.

DA: What’s next for the band? 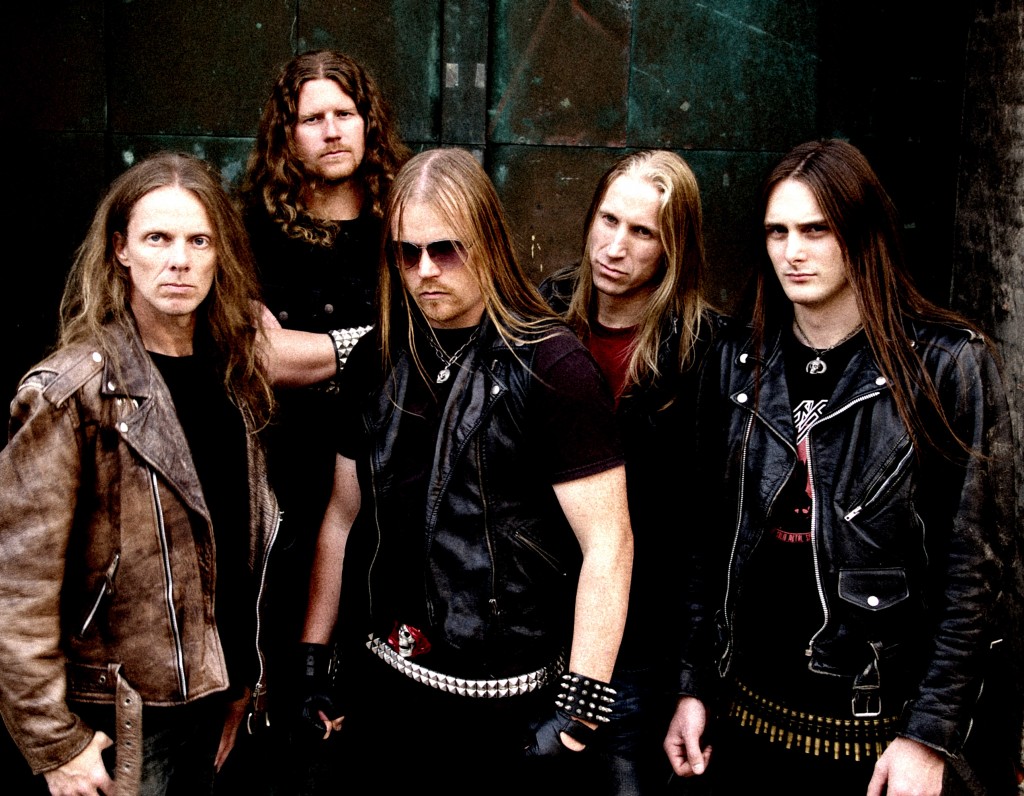