Posted on February 23, 2012 by Daniel Aston
Comments off

Spanish symphonic outfit Diabulus In Musica are producing some of the most intriguing sound waves in today’s metal scene. More than just a metal band, the group takes their gothic and classical influences to a new level with their second album The Wanderer. Their debut album Secrets was met with much appraisal with each band member bringing together their own musical styles to create a unique sound along with some special collaborations from renowned musicians. I interview vocalist Zuberoa Aznárez to find out more about the new release and delve into what lies behind the construction of their material.

Daniel Aston: What can fans expect from your upcoming album The Wanderer?

DA: How has the new material developed since your debut album Secrets?

ZA: I think The Wanderer it’s a big step forward. We kept our main influences: classical music and metal, but the arrangements are more ambitious and there is space for more ‘mystic’ sounds as well. I’d say this second album reflects a clear and natural evolution and maturity.

The main difference between Secrets and The Wanderer is the concept, as the new album is a conceptual one. We first thought about what we wanted to tell and then start to work on the songs, having a very clear idea about how they should sound. We maybe were searching for something more like a ‘soundtrack’. Music had to fit what we wanted to tell in each song, it had to recreate the atmosphere we had in mind in each ‘scene’.

I would say that The Wanderer is a very passionate album. All the feelings are perfectly captured. It’s also denser, more bombastic… but also more refined than Secrets.

DA: Your debut featured contributions from a number of respected artists, can we expect any on the new record?

ZA: Yes! We were honored to have Mark Jansen from EPICA grunting and screaming in the track ‘Blazing a Trail’. We invited again our friend and great soprano Maite Itoiz (for the choir, for a duet and to play the lute in one song) and her husband John Kelly (Elfenthal) who is singing in the beautiful ballad ‘Sentenced to Life’.

We also invited some great classical soloists for the big choirs, most of them colleagues from classical ensembles I sing in. And well, I invited myself too hehe to play the baroque and traverse flute as well as some Celtic whistles.

DA: What has been the inspiration for the lyrical side of the new material?

ZA: The World itself. I usually write about my personal worries, which are mostly related with nature, freedom, spirituality and social problems.

In the case of The Wanderer, it talks about a girl who has something ‘special’, ‘different’ and somehow feels isolated. She wanders searching for a place where she can finally be accepted.
The whole concept is an allegory of Mother Earth, the future of humanity and human corruption and the shock among people who stays ‘pure’ or linked with Nature and modern society. It is not easy to reconcile this way of being with all the changes that society is suffering, and above all, with human corruption in all its sides. All these ‘special’ people are unfortunately starting to disappear and in my view, they are the last hope to change the World. It is so sad that human beings are forgetting where we come from!

It is also kind of odd that after thinking about the concept, I’ve seen many artists talking about something similar in their works. It seems that many people perceive that society is not walking towards the right way… It is clear that some of us have this kind of ‘apocalyptic’ thoughts… Maybe that’s a good sign and we can still change?

DA: The band has many musical influences and that is expressed through your music, who would you cite as your main influences?

ZA: Our influences are mainly classical music and metal, although each one has a different musical background. Anyway, not all of these styles have to necessarily influence the music we write.

In my case, what I like the most in the classical field is Early Music, from medieval to baroque. In rock, I started listening to hard rock bands of the 80’s when I was a child. After that I was introduced into power metal and now maybe what I like the most is symphonic and folk metal. I also love ethnic or World music.

In short we don’t have only a musical influence, we like different stuff and we have no boundaries in creating music. In our music it can be found a lot of classical stuff, but also sometimes a folk-ethnic touch, electronic sounds… You can expect anything from us!  ;)

DA: How would you describe your music?

ZA: I would say we make ‘passionate’ symphonic metal surrounded by a magic mystic halo…

DA: Do you think it’s important now more than ever for a band to have a unique sound?

ZA: What it is necessary is to stay true, no matter where. If you are searching for something totally different only because you think you have to, you’ll never give the best of yourself. If you are a true artistic spirit, your inspiration will guide you towards the right place, evolution is a natural thing. You need to follow your musical instincts, trying to do your best, of course.

Anyway I think people should focus more on enjoying the music when they like it and when not, forget about it. I listen to the music I like, so the more bands I find of the style I like, the better for me! It’s not a matter of style, but a matter of quality and musical taste. I’m not going to like or not a band only because it is totally different from others or because it cannot be tagged.

DA: How did Diabulus In Musica form originally?

ZA: We all are from Pamplona, which is a small city, so almost all the metalheads here know each other. We were friends since years. I played with Gorka in a local band and Gorka played with Adrián in another one. Xabi and were also involved in the local music scene.

I decided to start the project with Gorka after our previous band disappeared. We immediately thought about Adrián and he accepted immediately. Xabi and Álex joined us later.

DA: What is your opinion on the current music scene with the opportunities and obstacles that appear for bands compared with previous generations?

ZA: Obviously the music scene has changed a lot recently. We couldn’t say if it’s for the better or not… On the one hand, thanks to the Internet you can listen to whatever you want, before we were more limited. Also, it is easier to spread your music, but it’s more difficult to grow and also to get some money to make better albums, gigs, etc… I think there are not going to be ‘icons‘ as Metallica or AC/DC anymore… To make this possible, the music industry needs to earn a lot of money to invest in only a few bands, but as I said, there’s no money and there are many bands nowadays…

DA: Are there any plans for touring once the album has been released?

ZA: We are working on it. At the moment we can only confirm some gigs in Benelux and Spain. We will open for Tarja in Brussels the 27th February and for Leaves Eyes in Spain the same week.
We hope we can visit more countries in Europe this year. 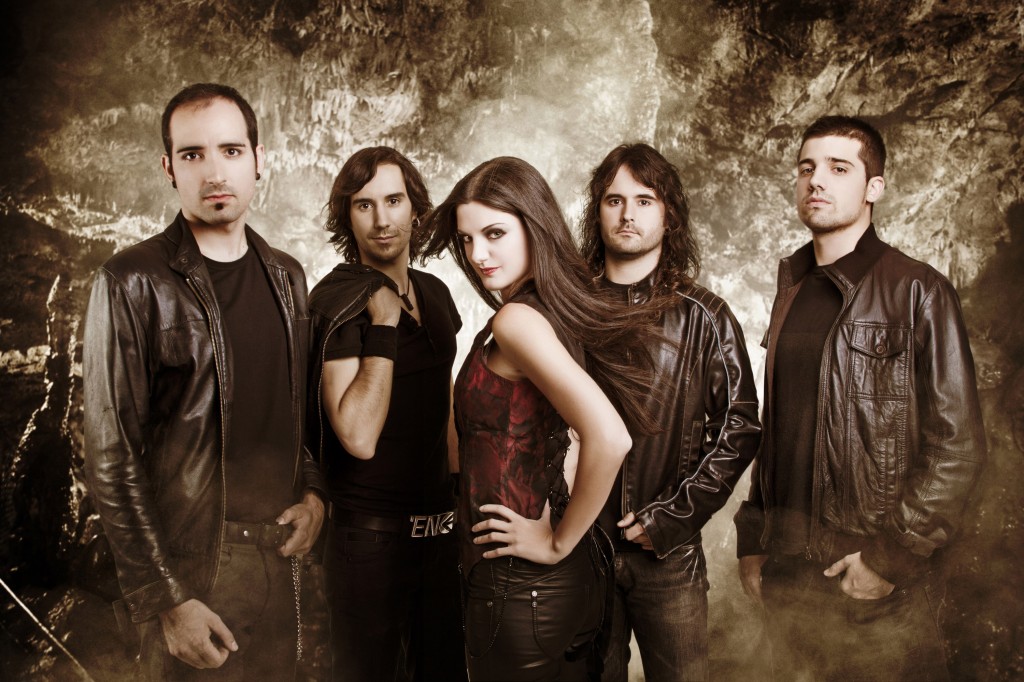