Posted on November 22, 2011 by Daniel Aston
Comments off

American progressive rock outfit 3 have recently released their new album The Ghost You Gave to Me. The album is a continuation of the band’s intriguing musical style and has been met with appraisal from fans and critics across the globe. I interview frontman Joey Eppard and find out more behind making and influences of the album, the band’s current direction and Joey’s fascination of the number 3.

Daniel Aston: How would you describe the musical direction taken on your new release, ‘The Ghost You Gave to Me’?

Joey Eppard: I think this record is a logical evolution from The End Is Begun.  The music is more compositionally creative this time around which adds some challenges.  The songs tend to have more scene changes, which makes for a more dynamic, almost cinematic type of listening experience. The biggest challenge becomes weaving a strong lyrical and melodic thread through these progressive soundscapes.   The better part of my time was spent on making the flow of the melodies and vocals really live up to and even enhance the music.  I think this is our most cohesive record yet even though it is very diverse.

DA: What inspired you to write the music and lyrics on the new album?

JE: After we’d done all this touring with the likes of Porcupine Tree, Dream Theater, Opeth, BTBAM and even Scorpions, we had a voracious creative appetite.  We were feeling very inspired to write and by the time we finally got a chance to do so we were on fire musically. We had so many Ideas for this album…. there are another 13 songs that didn’t get finished.  After making Revisions, which was a collection of revisions of some of our most pop-like material we were ready to break out of standard. We knew we wanted to allow the compositions to go where they wanted, we weren’t going to try to limit song lengths unless it made the song better.  We wanted to push ourselves on every level, making a cinematic record with lots of scene changes while still making every song memorable and potent. I think the idea for us is to always push ourselves farther on each record. I found myself writing stuff that I had to work hard at being able to play well, and then coming up with elaborate vocals on top of that.

Lyrically, there are some over-arching themes. Right around the time we began writing for The Ghost You Gave To Me I found out I was going to be a father. It was a wild ride for me, and it had a huge impact on every aspect of this record. Something that came up for me was becoming aware of my own mortality. I think when you are bringing a new life in you can’t help but see the other side of the equation, that in a sense your time is running out. Many lyrics on this album deal with this, in fact some passages are written to my son directly, for a future when I may no longer be here. “But if I should change before your eyes, don’t be fooled by my disguise. You were born of my demise and I’m a willing sacrifice. Should you wake before you die, don’t let a day go by. Don’t believe a word they say, I’ll be back again one day.”

When you’re going through a lot in life I think it tends to translate creatively. Not only the fatherhood thing but as a band we’d been on a roller coaster. We’d signed to Roadrunner Records, gotten dropped before we even made a record, and then returned to Metalblade. We were reeling from it all but in the end it brought us to a place where we just wanted to focus on making a great album. We realized the only power we really have is in the music and all the other bullshit has to take a back seat. React really exemplifies our attitude about all we’ve gone through in the last few years. It is a story but it’s also a metaphor for all we’ve been through as a band and still kept at it. The girl in the song represents the dangling carrot, the dream, the ghost we’ve been chasing all these years trying to “make it” as a band. We’ve signed two major deals in our career and both times got dropped before we could even make a record. “She came to me twice but she fell through the ice, I watched as she sank like a stone.”  The song is about taking ownership over our career and the anthemic chorus exclaims  “I’m not gonna give up this heart attack, I REACT!”

The other side of the lyrical coin are those songs that were last minute efforts lyrically. For the song “Numbers,” I had one day to write and record my vocals. I had to get in touch with my frustration about how things work here in the US. Our government usually favors large corporations over people and it has to change. For example, I believe that as an American I should have the right to choose whether or not to eat genetically modified foods. I don’t have that right in this country though because our government sides with big agrabiz and refuses to enforce the labelling of GMOs. Hopefully this will change. There are many other examples of this type of thing and the lyrics for this song are all words I can stand by. “You look down on me, all your eyes can see, numbers on a screen, looking back at you I can see right through, you’re not what you seem.”

DA: Is there a particular moment on the album that you and the rest of the band are particularly proud of?

JE: I think the song “Numbers” is probably the best example of our band firing on all cylinders. Everyone equally contributed to the music so it really exemplifies our four personalities. You really get  a strong sense of who we are and how we play.

One of my favorite moments is the solo of “Only Child.” There is some really intricate tapping going on underneath the prime melody. It’s a very unique combination of elements and is such a twist from the verse that proceeds it.

DA: You have a busy November tour schedule supporting Cynic in the US, are there any plans for further dates across the globe?

JE: We do have aspirations to tour the world. We plan on running a kickstarter campaign this winter to help raise the funds to do it. I did one to raise funds to make a DVD of my solo set and it was hugely successful.

DA: How much of the new material can we expect to hear in the new live set?
JE: Depends on how much time we get. Most likely it will be at least 50% new material.

DA: You have played alongside many progressive bands over the past few years including your slot at 2008’s Progressive Nation tour, would you call your music ‘progressive’?

JE: It is the only genre classification that has really stuck for us. I do think it fits us, because we take the term “progressive” to heart. It’s not just stacking up a million different parts for the sake of sounding complicated. To me there are much deeper ways to be “progressive.” They involve the lyrical imagery and melody as well as the structure and intricacies of the music.  It’s also about musicians having their own voices and approaches so that you are really creating something new. Something that hasn’t quite ever existed before. It’s about pushing your own boundaries, and not living inside a 1- dimensional box. It’s about generating a musical persona that allows for transformation, growth and evolution. So that people expect it, crave it and grow with you. Music has always had the power to influence the expansion of consciousness and that is truly the most progressive aim I can think of.

DA: You were personally chosen by Mike Portnoy for that tour, how did that feel?

JE: It felt pretty damn awesome. We put a lot of hard work into this band and it feels great when you get some acknowledgment for your efforts. It was a huge tour for us. Mike is a really great guy and a true rock soldier.

DA: You have also had successful live shows supporting the likes of rock legends Scorpions, would you say this is a testament to your music’s strength and wide appeal to fans of multiple genres?

JE: That’s always been one of our strengths. We reach people of all races and ages with our music. Often we have entire families show up to our gigs because we’re the only band they can all agree on loving. Seriously, kids, parents and grandparents! We have fun when we play and that translates to almost any audience.

DA: Your music has fallen into a variety of different genres during your career, who would you say are your main musical influences as a band?

JE: We each bring our own influences to the table. The Beatles, Led Zeppelin, Pink Floyd and King Crimson are strong contenders.

DA: You have been reported to have a fascination with the number 3, what can you tell us about that?

JE: Ever since I was a kid there was something about the number 3 that always really inspired me. I used to have these dreams about it… I think it is a key of sorts. We live in a 3-dimensional physical space, on the 3rd planet from the sun experiencing time as past, present and future in a form that consists of a body, mind and soul. Musically we try to create music that is 3-dimensional. 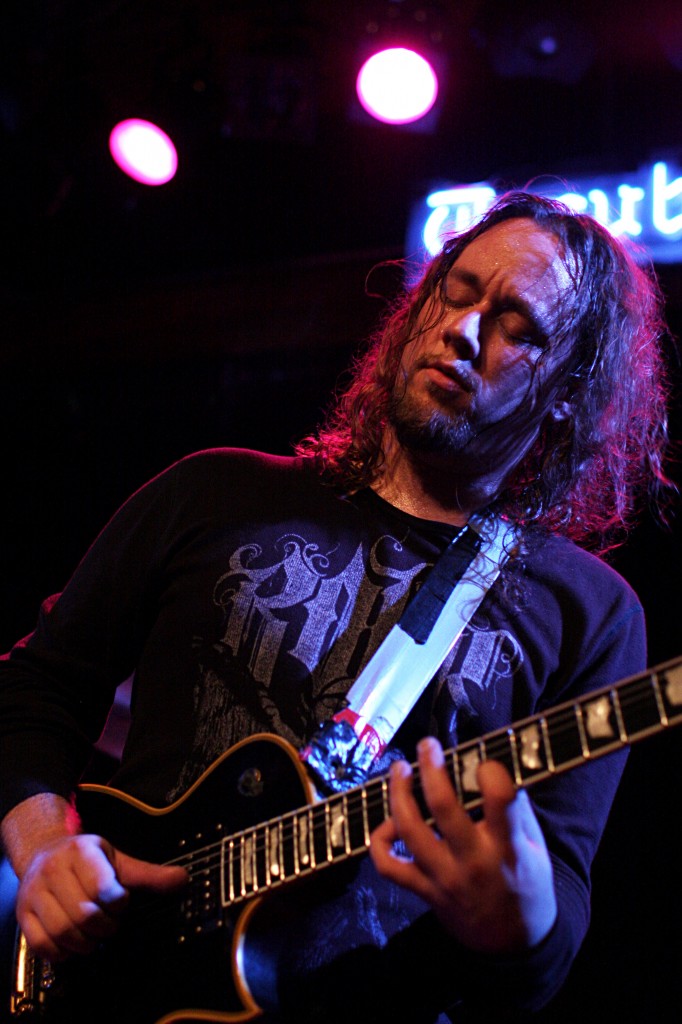